Friday night at the Fes Festival of Sufi Culture drew the largest crowd of the festival so far. The double-bill opened with Ali Keeler and the Al Firdaus Ensemble with Keeler featuring on vocals and violin. The music varied from Andalusian to a delightful surprise – a Celtic tune that started much like a slow Irish air before picking up the tempo and developing into a reel – albeit with unmistakably Islamic vocals. 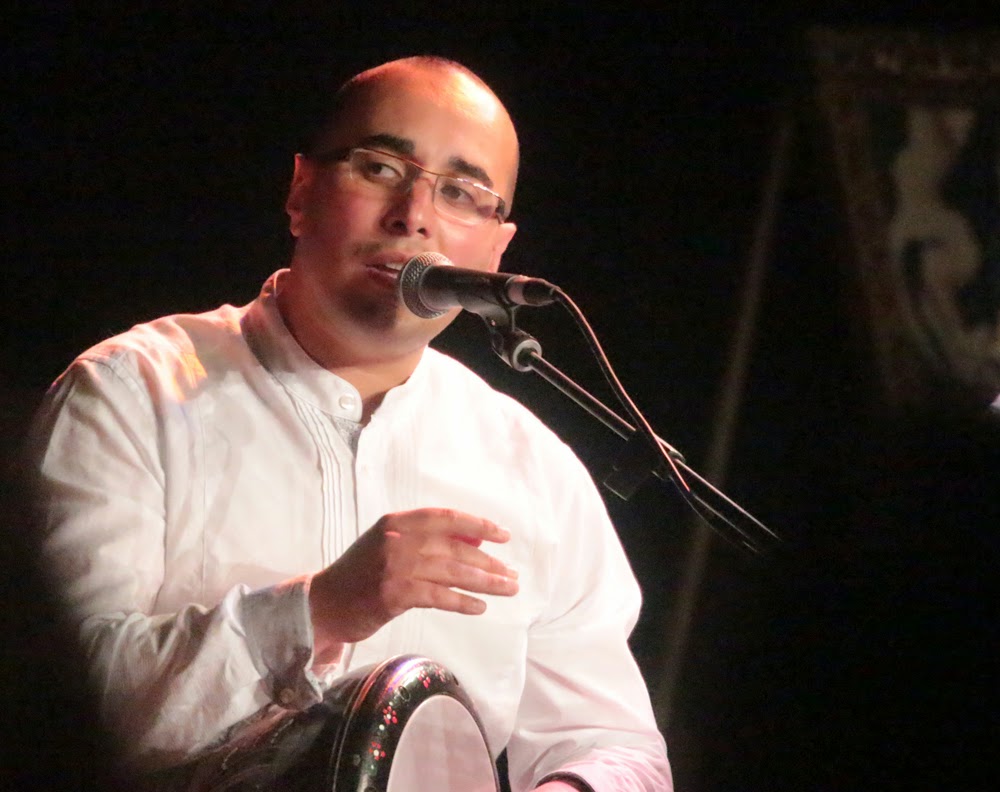 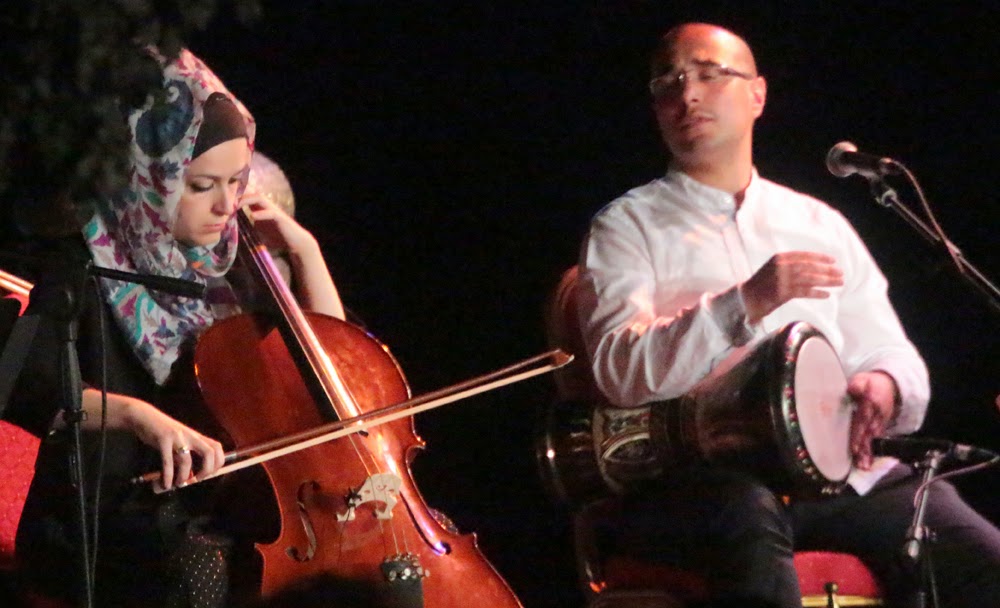 Keeler was ably supported by his group who included some fine voices and wonderful bass cello. However it was his choice of material that won over the crowd with their simple but deeply religious message. The audience needed little prompting to join in the singing. 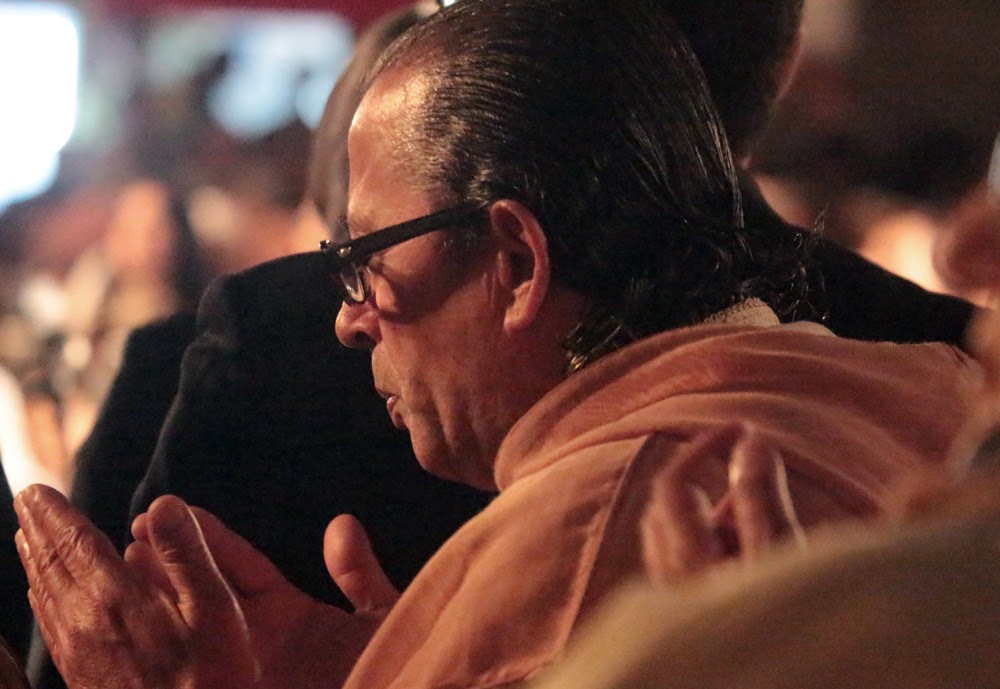 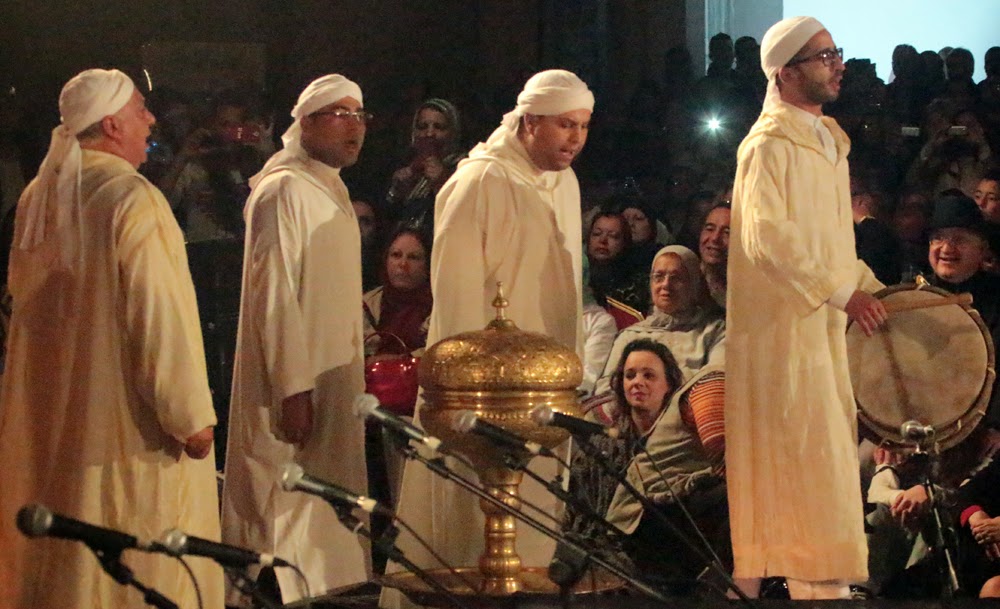 The Al Firdaus Ensemble was followed by the popular Wazzaniyya Tariqa. They entered in single file behind a beating drum and immediately had the audience on their feet. They were in fine voice and clearly had many devotees amongst the audience.

The Wazzaniyya, like the Charqawiyya, are an offshoot of the Jazuliyya-Shadhiliyya. They were founded by Moulay (saint) ‘Abd Allah al-Sharif (d.1678), who had been a member of the Jazuliyya order, and unlike the others take their name not from their master or founder, but from the town in which they are based: Wazzan, located in the south-west of Morocco and founded by al-Sharif in the first half of the 17th Century, and which, according to Halima Baali-Cherif, “is considered sacred to this day”. It is known by many Moroccans as “Dar Dmana” (The Abode of Protection).

A note on public safety:

Several members of the audience commented to The View from Fez that they felt insecure because of the size of the crowd. While the Batha Museum is a fine venue, this evening it was unfortunately packed beyond its capacity. The overcrowding and the placing of last minute “reserved seats” in front of audience members who had come early to get a good vantage point, caused entire sections to reposition their seats. This resulted in the complete blocking of aisle and exits. Fortunately there was no incident that required their use, but it was a situation that was far beyond normal health and safety practices. Ticket sales are important, but so is the safety of the public. Note: See Abd Rahman’s comment below this post.

We are happy to announce that our first álbum "Safa" is now available on YouTube for all to enjoy.

In the 1950s a number of prominent jazz musicians converted to Islam, including - to…